Commercial real estate in New Haven, Connecticut, is attracting investors from all around the northeast region due to its international profile and high rental demand.

Located along the I-95 and I-91 corridors, New Haven enjoys Amtrak and local rail service to New York and Boston. Residents enjoy access to New Haven’s impressive 17+ miles of shoreline along the Long Island Sound. Its five public beaches, seven private beaches, and state parks include Silver Sands and Charles Island.

The city is a thriving community of generational, ethnic, and educational diversity; and is home to educational, healthcare, and cultural institutions.

Its emphasis on education and health sciences contributes to steady job growth, while New Haven’s arts and entertainment scene make it an enjoyable community to call home.

A Dive into New Haven, Connecticut

As mentioned above, New Haven is a coastal city in New Haven County in Connecticut. Located on New Haven Harbor, it is on the northern shore of the Long Island Sound.

With a population of over 130,000 people, New Haven is the third-largest city in Connecticut behind Bridgeport and Stamford, respectively. More than 74% of New Haven residents are renters, and as of 2021, ESRI estimates that the average household income is $78,155.

New Haven was one of the first planned cities in America when founded by English Puritans in 1638. According to the New Haven Register, eight streets in the city were laid out in a four-by-four grid, creating what is now commonly known as the “Nine Square Plan”.

The central most common block is the New Haven Green, a 16-acre square center of Downtown New Haven. The Green is now a National Historic Landmark. And the “Nine Square Plan” is recognized by the American Planning Association as a National Planning Landmark.

New Haven is a notable hub for higher education and is home to many campuses, including Yale, Albertus Magnus, University of New Haven, and Southern Connecticut State University. These educational institutes attribute to the city’s well-educated population. Almost 61.7% of the population over the age of 25 has a bachelor’s degree or higher.

The educated population has made New Haven a hotbed for innovation in the medical, educational, and biotechnology fields.

The top two employers in the city are Yale-New Haven Hospital and Yale University. Many large employers in the vicinity are Knights of Columbus, Alexion Pharmaceuticals, and United Illuminating.

Along with well-established corporations, New Haven is a sought-out area for young companies. In 2017, the city was ranked by a Verizon study as one of the top 10 cities in America for launching tech startups, with the top two in New England. 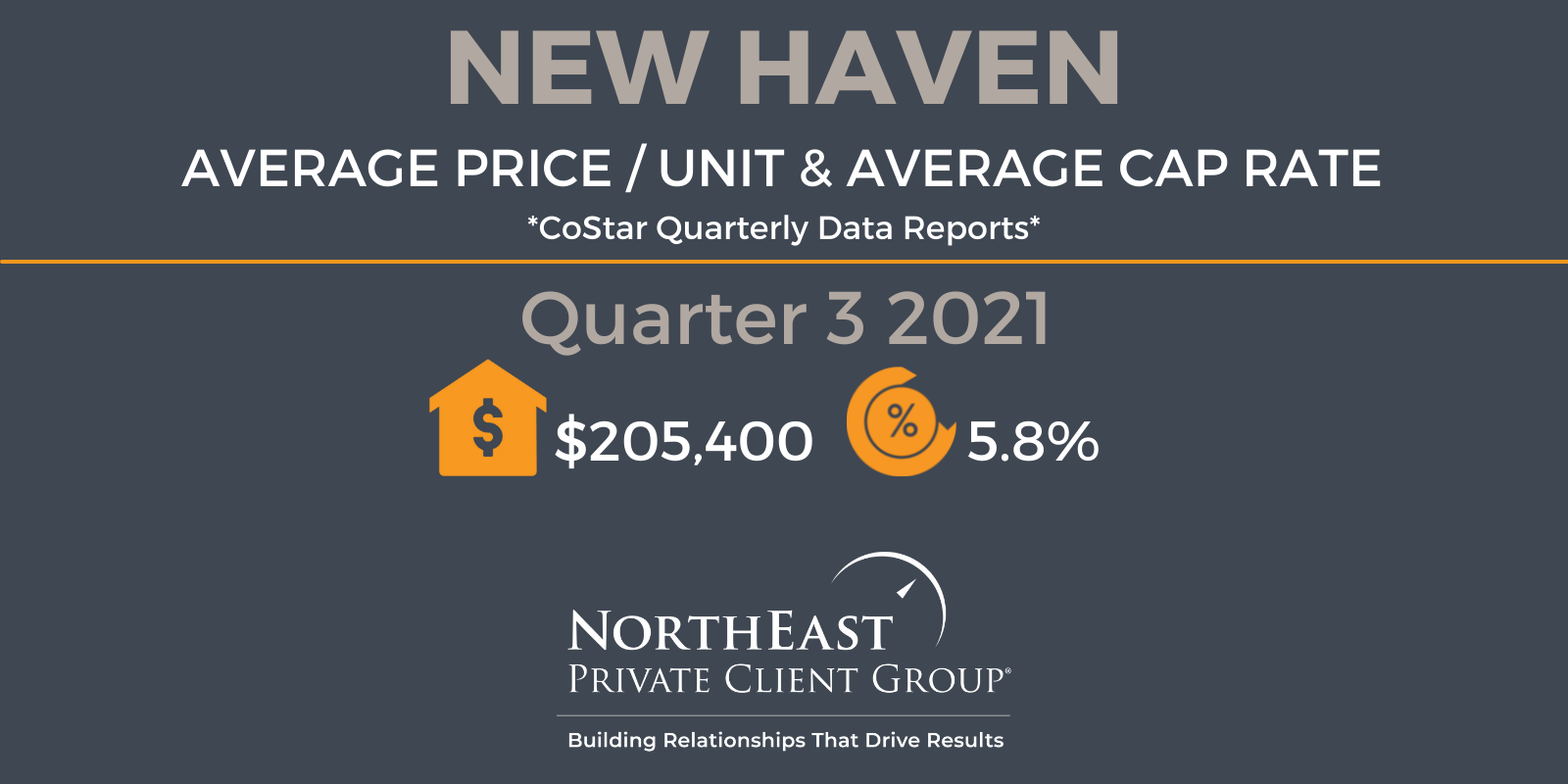 When discussing commercial real estate in New Haven it is important to recognize the benefits New Haven has on the overall state’s economy.

New Haven is a blend of traditional, contemporary and is home to a robust talent pipeline, a growing number of bioscience companies, and a plethora of cultural attractions. Its expanding health and tech communities have created the need for new and improved work, residential, and entertainment spaces.

This combination provides the perfect opportunity for investors seeking either value-add New Haven multifamily properties or adaptive reuse projects in the area.

The District is an example of how commercial real estate in New Haven can be a great opportunity. Located on the outskirts of New Haven’s affluent East Rock neighborhood is a recent adaptive reuse project that turned an old garage into an innovative tech business campus. Exemplifying a trend of developments adjacent to desirable neighborhoods that expand the demand for housing in these areas. Here is a list of the many aspects that make New Haven such a diverse and rich-in-culture location: 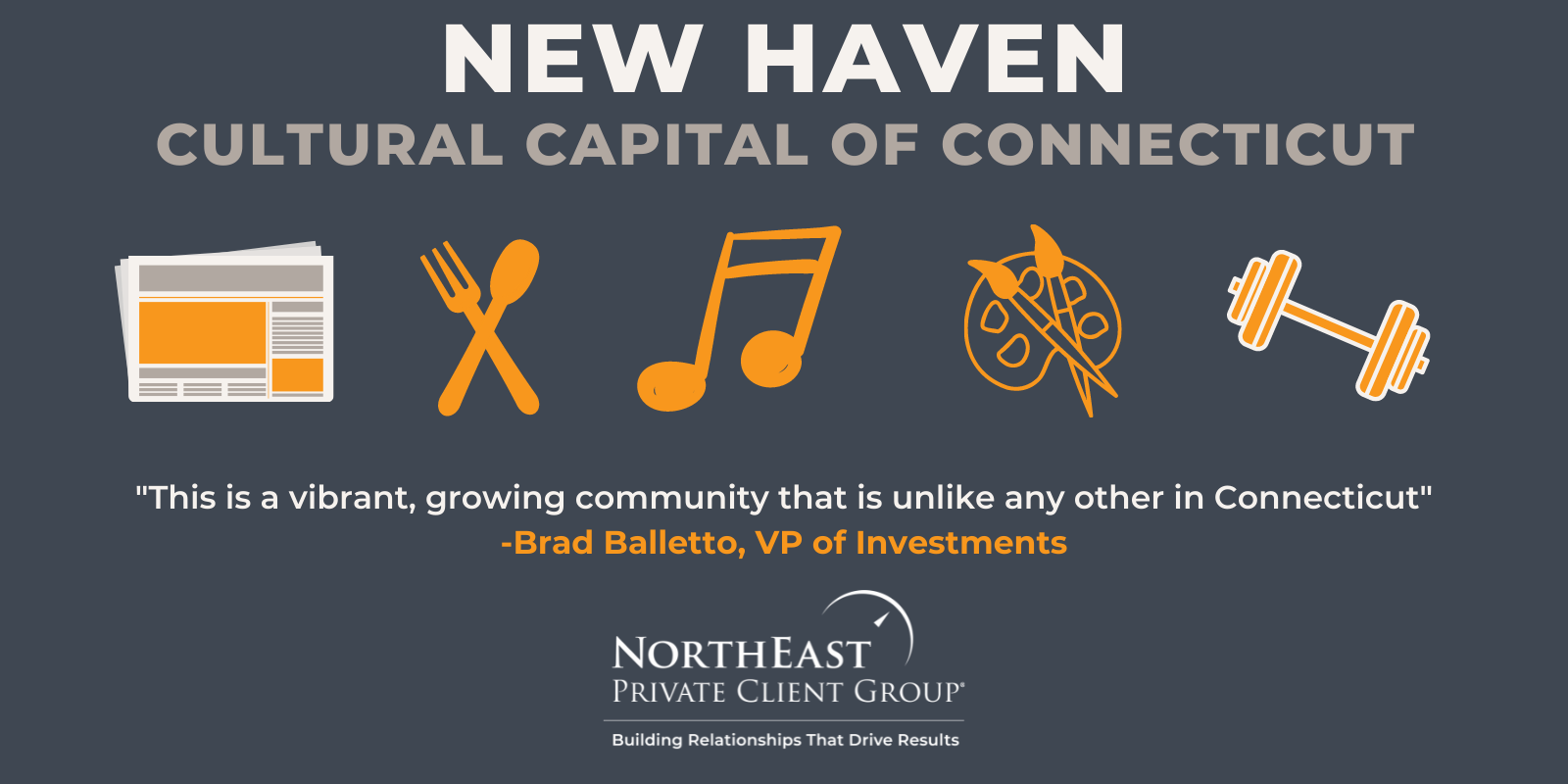 2: Yale University’s Benefits on the Economy and Commercial Real Estate in New Haven

This private Ivy League research university was founded in 1701 and is the third-oldest institution of higher education in the United States. The University is one of the city’s top three taxpayers.

High single-family housing costs and an energetic downtown lifestyle are dual drivers for residents seeking to rent rather than buy in Connecticut’s most dynamic small city.

These unique demographics translate into strong local occupancy rates and rent growth. There are many different types of investment and commercial real estate in New Haven, such as multifamily buildings, offices, mixed-use, and warehouses, that may prove to be valuable investments for you.

If you’re looking to invest in Commercial Offices, New Haven may be the place for you. Below you’ll find a chart of the average 2020 office rents in New Haven by asset class.

“This is a vibrant, growing community that is unlike any other in Connecticut. As redevelopment continues across the city and employers expand their footprint in Greater New Haven, the market only stands to become stronger for multifamily investors. What’s unique about New Haven is that the vitality of the city isn’t isolated to one neighborhood.” -Brad Balletto, VP of Investments

Contributing to the favorable ecosystem for commercial real estate in New Haven is the fact that city officials choose to support city-wide development. Below is a list of some of the ongoing development happening in New Haven.

To find the right New Haven investment property for you, you should seek a relationship with a commercial real estate broker with a strong track-record in the specific asset type and submarket which interests you.

For more information on how to find the best investment property for you (no matter where you’re looking), read our blog;  How to Find Gems in Massachusetts Commercial Real Estate.

How to Find Gems in Massachusetts Commercial Real Estate

Find opportunities to build your wealth and freedom.